After making a name for himself with the anthology film Touha (Desire, 1958), which received recognition at the Cannes Film Festival, Vojtěch Jasný shot the fairy-tale allegory Až přijde kocour (The Cassandra Cat). Jiří Brdečka and Jan Werich collaborated with Jasný on the screenplay. Werich also acted in the film, portraying both the main narrator, castellan Oliva, and a traveling magician who puts on a show in the small Czech town. The magician is accompanied by the performer Diana (Emília Vášáryová) and a magical cat with sunglasses. When the sunglasses are removed, the cat’s vision is able to reveal the true nature of people. Lovers turn red, thieves turn gray, traitors turn yellow… The headmaster of the local school and a restaurant manager are afraid the cat will expose their unfair practices, so they steal the animal. However, the pupils of teacher Robert (Vlastimil Brodský) are determined to put things in order. The coloring of the actors was not done in post-production, as is customary today, but during the filming itself, with the help of costumes, make-up, and colored lights. With its combination of colorful special effects, location shooting in the charming town of Telč, and fantasy story with moralistic undertones, the film enchanted the jury in Cannes, where Jasný won the Special Jury Prize not long after Touha (Desire) had received an award there. 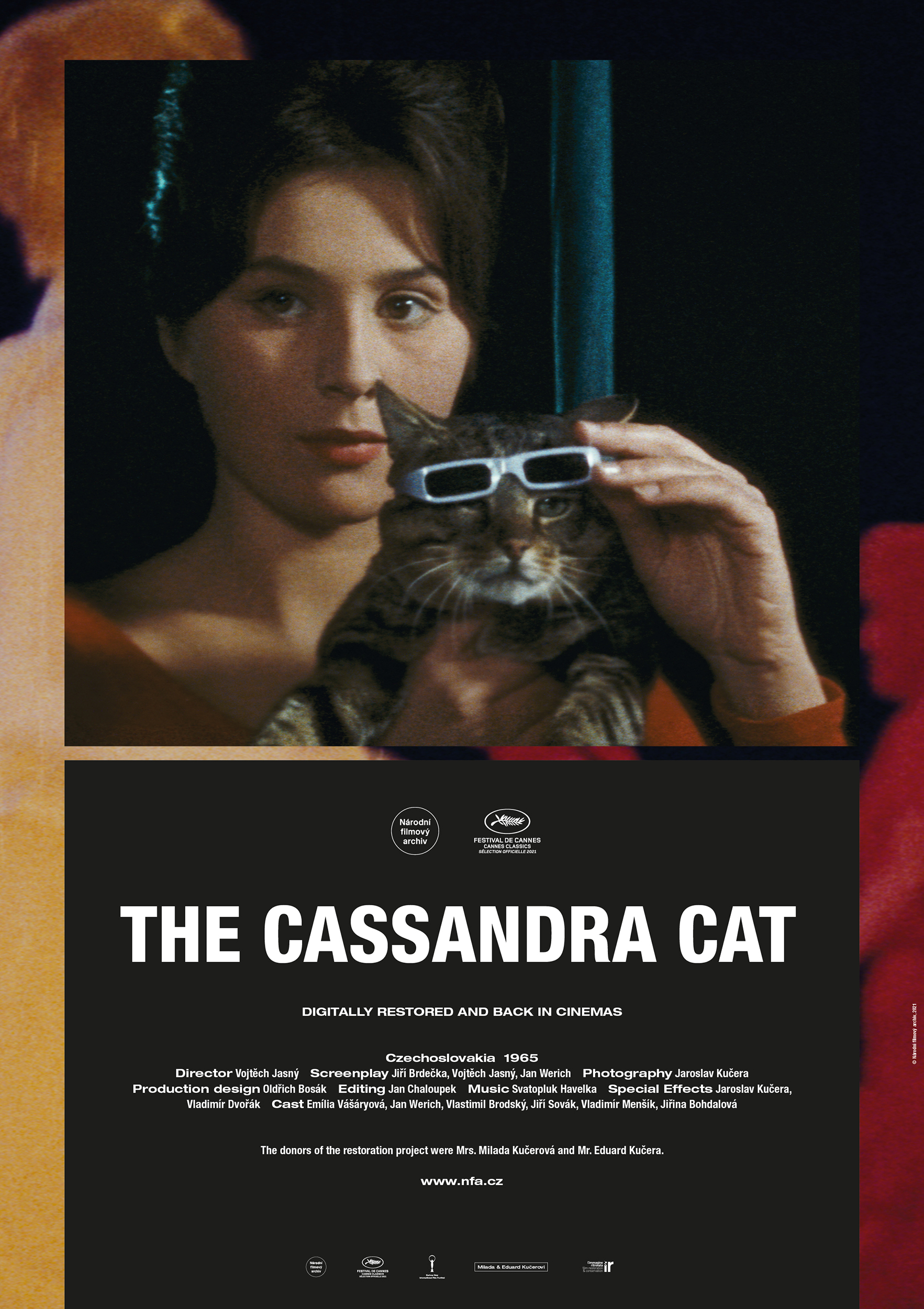