Carl Junghans’ film captures the tragic story of an aging laundress whose drudgery and toil support a licentious and abusive alcoholic husband. A psychological drama with social themes, it draws from Zola’s novel, The Kill, and with full cinematic expression, a progressive approach to montage and emphasis on the symbolic power of close-ups, represents the climax of silent film.

Despite the birth of the “talkie” in the late ‘20s, the film, influenced by a wave of social realism in European cinematography, was shot as a silent motion-picture, adversely effecting its financial success. Although its premiere in Czech theaters went almost unnoticed, it is recognized as a world class film from the peak of the era of silent film and, as such, was acknowledged by film historians in Brussels in 1958. For its re-lease in 1959, preserved film materials were reassembled by Elmar Klos, while original music, “tailored” to the production, was composed by Zdeněk Liška.

An uncertain stretch of time in the gray life of a drunk laborer, his weary wife and their unhappy daughter, imprisoned by the director in the bleak surroundings of an imaginary city composed of cleverly chosen locations in Prague. Yet little attention was paid to the exterior unity of the sites. His Russian-style montage editing, based more upon associations of contiguous visual perceptions than on detailed logicality of approach, allow him to create any atmosphere he wishes without disturbing the lack of schematic clarity and coherence in both location and plot, a break from the custom so familiar in American films. 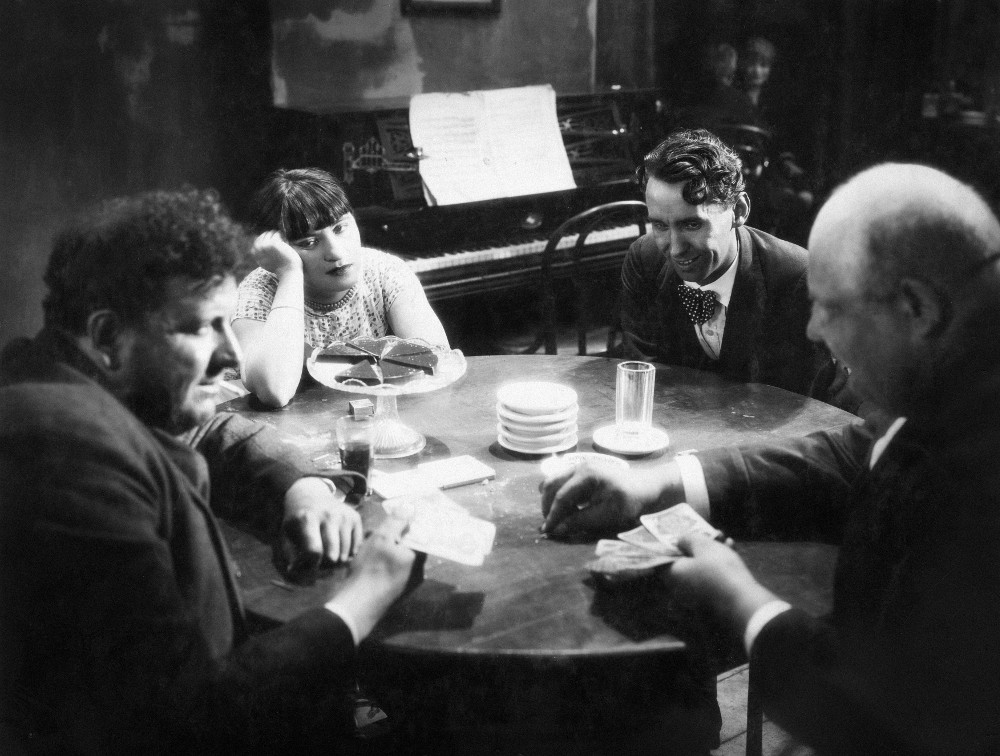