Set in a country where a dictator has been successfully persuading the nation with his fiery speeches about their superiority and the justifications for military expansion, the bacteria of a very destructive form of leprosy has been spreading. It is called the Morbus Tshengi, more commonly referred to as the „white disease“. The only person who has developed an effective drug against it is a poor doctor named Galen. However, he refuses to reveal the secret of his cure until the powerful stop destroying people’s lives through war.

Karel Čapek’s play, the White Disease, was first performed in January 1937, at a time when the danger of Nazism was imminent, and its parallels with the events of that time and even more so of the immediate future are frighteningly apt. Haas‘ film adaptation, which premiered at the end of that year, preserved the exceptional quality of this first performance as a result of the same cast playing the main roles. At the same time, however, it has remained a particularly timeless piece. 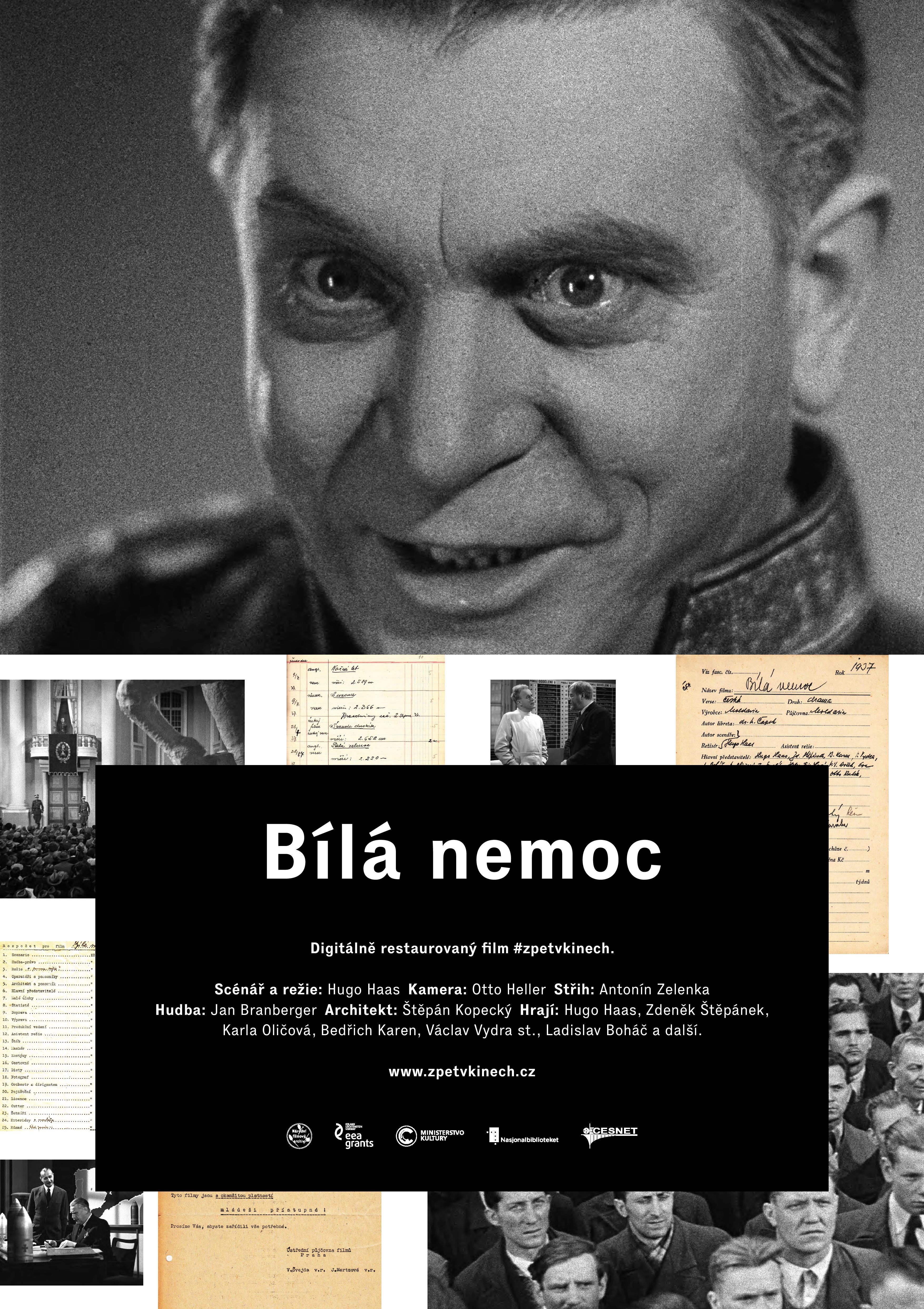