This winner of the Golden Lion at the Venice Film Festival in 1947 is a social drama directed by Karel Steklý, whose style has much in common with Italian Neorealism. The main themes of Steklý’s post-war film output were social inequality, oppression, and the exploitation of the proletariat. The film’s story, which was inspired by two chapters of Marie Majerová’s novel of the same name, follows this very thematic line. Siréna depicts industrial Kladno at the end of the 19th century when a miners’ strike over low wages was uncompromisingly suppressed by the gendarmerie. The film’s impressiveness is partly rooted in the convincing depiction of the mining milieu as well as in the sombre music of E. F. Burian. The film focuses on the Hudec family, whose young daughter Emča (Pavla Suchá) serves as a symbol for the suffering of the working class in the heroic struggle against capitalism.

Karel Steklý was one of Barrandov Studios’ most active screenwriters during the Protectorate period. In 1946 he filmed the mining drama Průlom, a portent of his future creative direction in terms of its social focus. The Strike is a film at the peak of his artistic output. Steklý’s two-part adaptation of Jaroslav Hašek’s novel about the Good Soldier Švejk (Dobrý voják Švejk [1956] and Poslušně hlásím [1957]) still enjoy great popularity in the Czech Republic today. 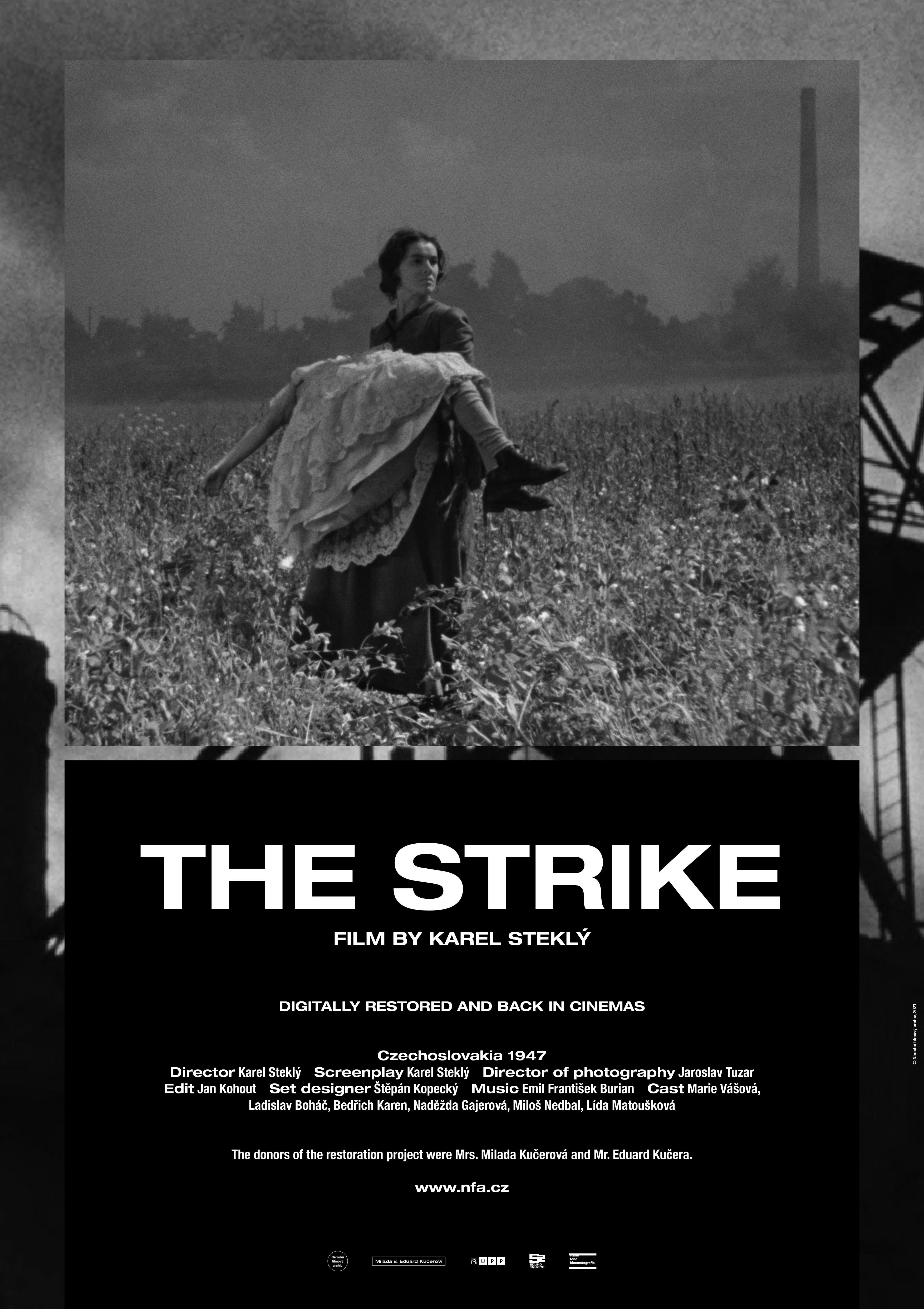