An adaptation of the novel of the same name by Milan Kundera, who co-wrote the screenplay. A reflection on the helplessness of man in the context of history. The bitter story of a failed revenge takes place in South Moravia during the festivities of the Ride of the Kings. Like the book, the film returns to the theme of Stalinist repression. The story’s main character, Ludvík Jahn, also becomes a victim of repression in the early 1950s. During his university studies, he sent a postcard to a classmate with a recessionary text, which got him expelled from school and the Communist Party. He was in military prison and then had to work in the mines. When Ludvík returns to his hometown years later, he wants revenge. Random stimuli associatively evoke memories of the past. The folkloric framework alternates with the formal sobriety of socialist reality. Folklore here is not joy, relief, or harmony, but is imbued with despair, bitterness, and irony. 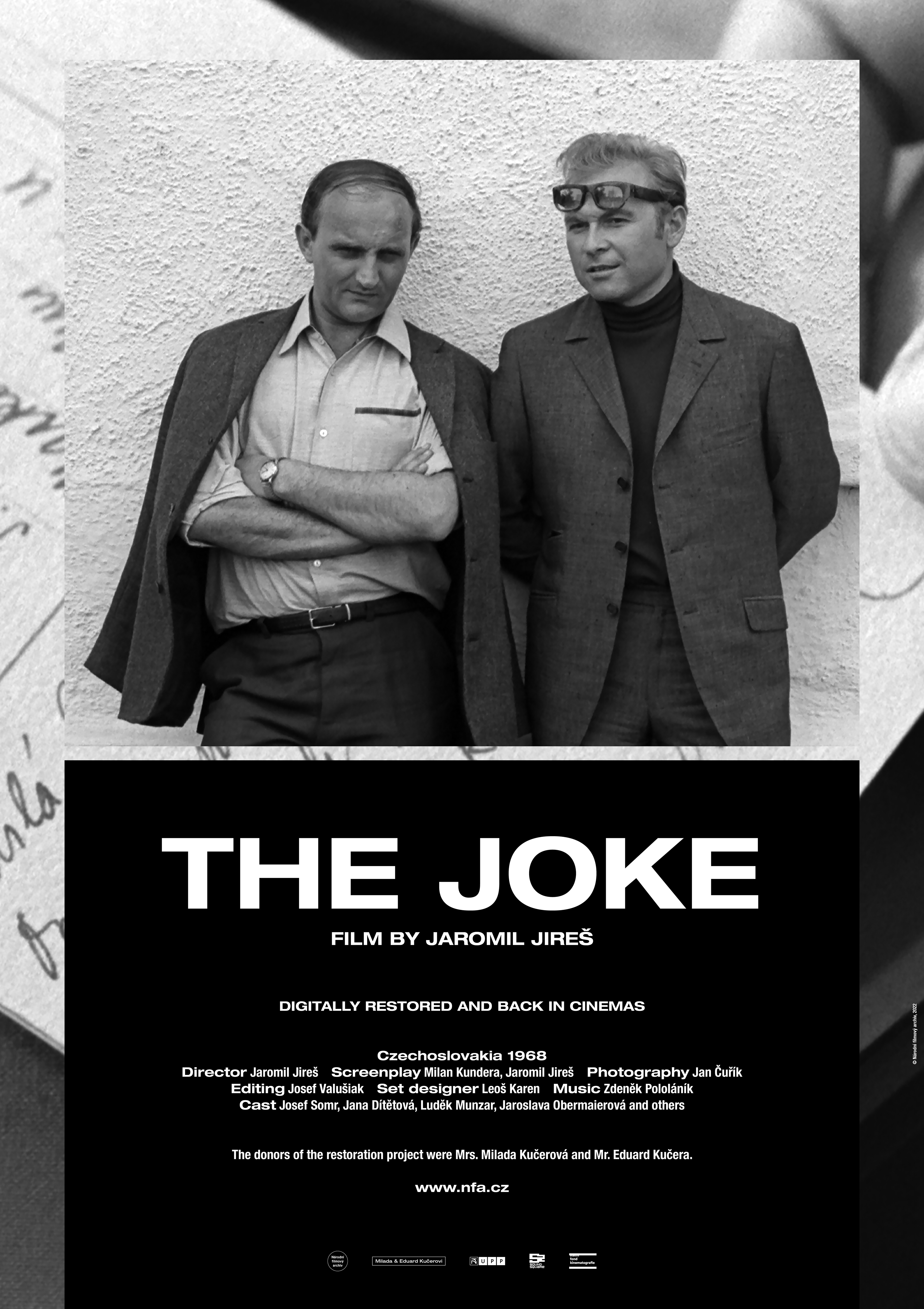