The series of short documentary films, updates and sketches by innovator of Czech film, Jan Kříženecký, are a window into the early beginnings of Czech cinematography between 1898 and 1908. The collection of  “living images”, as they were called by advertisements of the time, includes all surviving productions of those years and chronicles not only novelties, attractions and important events but also the dawn of feature films, an example of which are three single-shot motion pictures starring cabaret performer Josef Šváb-Malostranský.

Aside from its undisputable documentary value, the collection of films by Jan Kříženecký illuminates the birth and development of film as a means of expression at the turn of the 19th and 20th centuries. This remains true even in light of the fact that Kříženecký’s early films were shot on a Lumière camera and were intended merely as an attraction at the exhibition of architecture and engineering in Prague in 1898; they did not become foundational in Czech film production.

One of the most interesting of the exhibited attractions will be the Czech cinematographe which, in the Urania Scientific Theater, will produce “live photography” far surpassing in its exactitude – achieved through the newest forms of research – similar foreign companies. […] Such performances will be remarkable in the way they display living scenes from the lives of Czechs in general and life in Prague in particular – specifically exhibition life – and it is thus entirely possible that many a visitor may behold himself “alive”. The only danger of the cinematographe, though perhaps it is no fault at all, is that it could publically reveal what was thought to be a private rendezvous. Performances of the cinematographe will be interesting and amusing in every way. 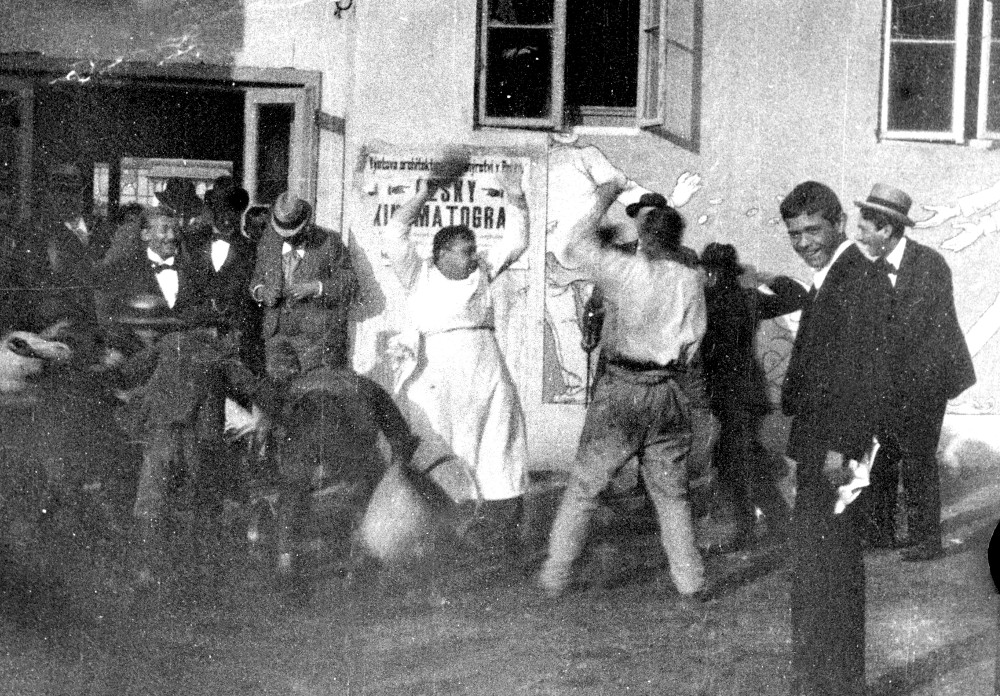