Krakatit is the name for an explosive that comes with unimaginably devastating consequences. It even scares its own inventor, an engineer named Prokop, however, many others see it as a long sought after instrument for absolute power. In the eponymous novel by Karel Čapek, which was published in 1924, Prokop’s experiments and their consequences were purely the visions of its creator. In comparison, the film adaptation, which was created shortly after the Second World War and the attacks on Hiroshima and Nagasaki, was partially intended to clearly reflect actual events. In addition to the urgent moral appeal, the film still blows audiences away with its delirious atmosphere and the visual inventiveness of the realistic shots filmed on location and its fantastic scenes.
Otakar Vávra returned to the same theme during the normalization period. In 1980, the film Dark Sun was released as a loose adaptation of Krakatit, this time with visible connections to the context of the Cold War. However, it did not achieve nearly the impressiveness nor the popularity of the older version.

Perhaps even Karel Čapek himself had no idea when working on it that his work Krakatit was prophetic and that today, when the release of the destructive energy binding atoms ceased to be the stuff of fantasy, it has become almost extraordinarily relevant. – The director Otakar Vávra, who is making the film version of Čapek’s work in the Barrandov Studios, based on the screenplay he wrote with his brother J.R. Vávra, is well aware of this. Also all the actors, professional colleagues and technical staff feel it, and perhaps because of this, they are working so well and everything is going so smoothly. He is filming seven days a week: Monday to Friday in the studio and on Saturdays and Sundays he goes to Milovice to shoot the exterior shots – he chose Milovice because most of the exterior locations require the cooperation of pyrotechnical experts to create scenes like the blast in the huge munitions factory in Grottup and other atrocities brought about by krakatit. 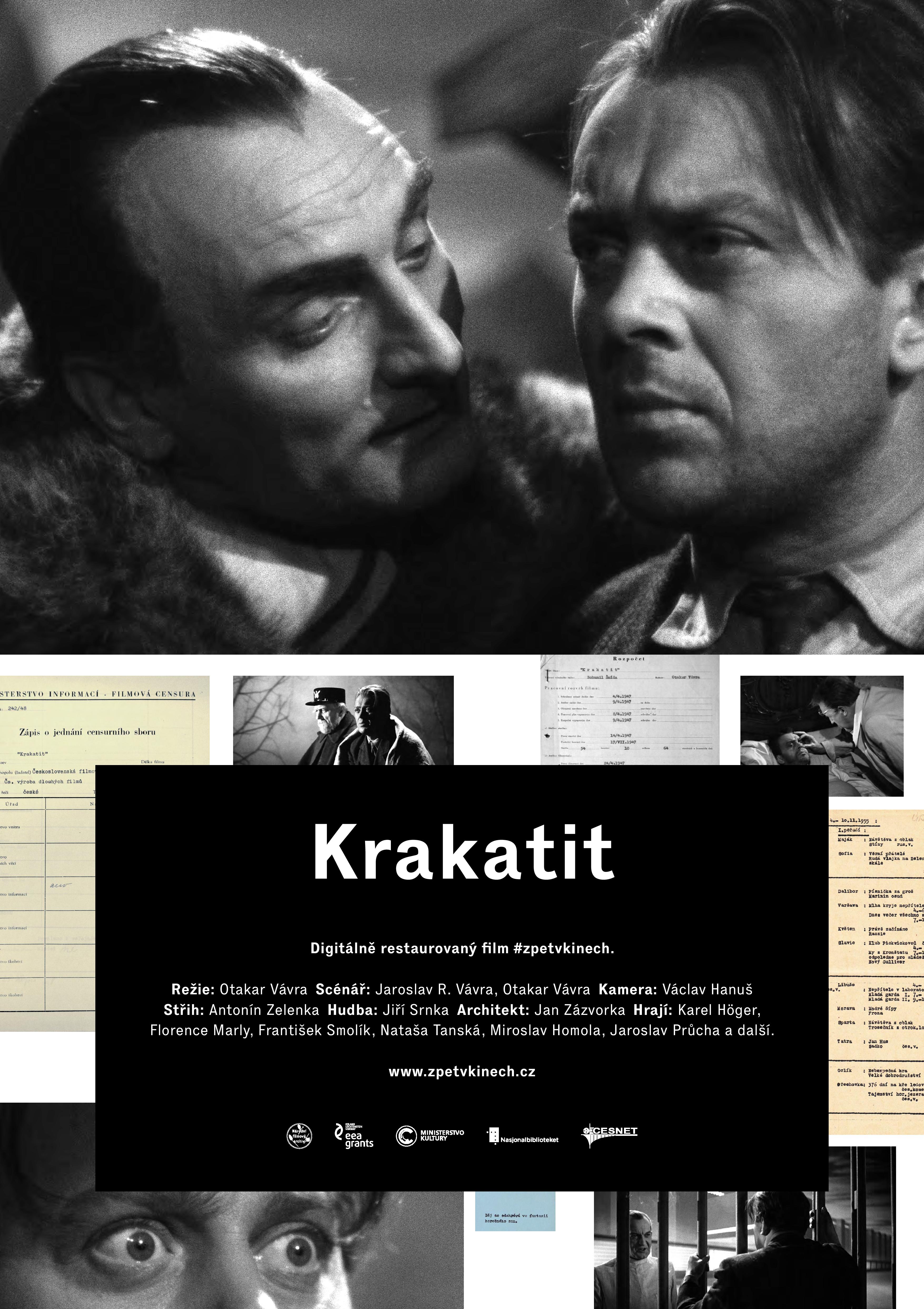