The best known adaptation for film of Jaroslav Hašek’s satirical novel joins timeless humor with trenchant irony, the target of which is not limited to the senselessness of war alone. The peculiar protagonist who, while overzealously carrying out the orders of his superiors, becomes a calamity for those around him, is visually inspired by the illustrations of Josef Lada and played by the unforgettable Rudolf Hrušínský. Dividing the plot into a two part cycle (the second part, Beg to Report, Sir, was released one year later) enabled Karel Steklý to transfer his literary source onto the silver screen in the most faithful manner.

Jaroslav Hašek’s humoristic novel, a classic of Czech satire, is a work often sought after by filmmakers. The first version of the “Fateful Adventures of the Good Soldier Svejk” was a silent film directed by Karel Lamač in 1926 which set off a series of adaptations for film, some only loosely inspired by the novel, that drew from the popularity of the hero. The character of Schweik has also appeared several times in animated works such as the feature length puppet film by Jiří Trnka.

The Good Soldier Švejk is the result of […] of an illustrator’s approach to adaptation. The screenplay contains, in short, the entire first part of Hašek’s ‘The Fateful Adventures of the Good Soldier Svejk’, divided into sequences that correlate to the chapters of the book. The adaptation utilizes the more cinematic features of the novel – situational comedy, word play as a way of typifying characters, characters as creators of mood and environment. On the other hand, elements less ‘cinematic’ were withheld from the film such as Schweik’s monologues and descriptions of conditions in the Austrian Monarchy during the war. Trenchant words and distinctive, expressive situations dominate the film. 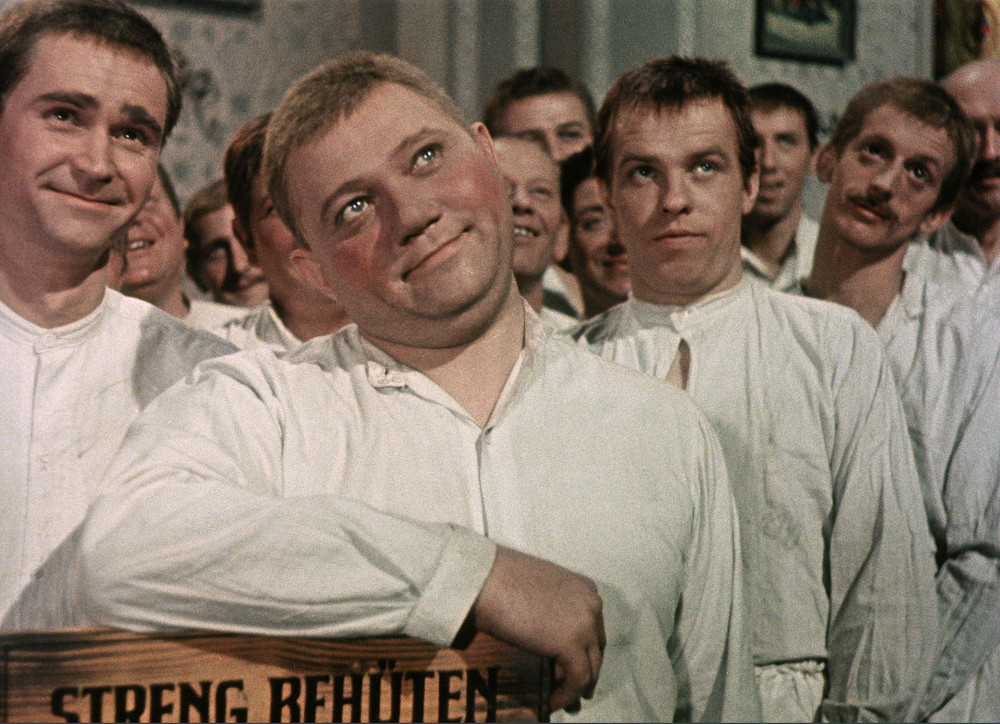