Extase (1932) is one of the foremost Czechoslovak films of the 1930s. In his most controversial creation, Machatý explores the theme of erotic desire, present already in his Erotikon (1929) and Ze soboty na neděli (1931). Extase follows the newlywed Eva as she has her first experience of infatuation not with her elderly husband Emil but with Adam, a young engineer. Against this simple plotline, Machatý together with his cinematographer Jan Stallich unfold an extravagant visual feast of passion and human labor rich in symbolism. Accompanied by music of one of the most sought-after film composers of the time, Giuseppe Becce. Thanks to her involvement, Hedy Kiesler, an emerging actress cast in the role of Eva, would go on to become the Hollywood star Hedy Lamarr. Extase was made in Czech, German and French versions, each with a slightly different cast. Daring and sensual for its period, the film caused an uproar at the 1934 Venice International Film Festival. While it was eagerly embraced by the audience, with Machatý awarded the Cup of the City of Venice as Best Director, Pope Pius XI subsequently condemned it as pornographic and replete with immoral parables. Extase was later shown in France, Germany, Great Britain, USA and fifty other countries across the globe. 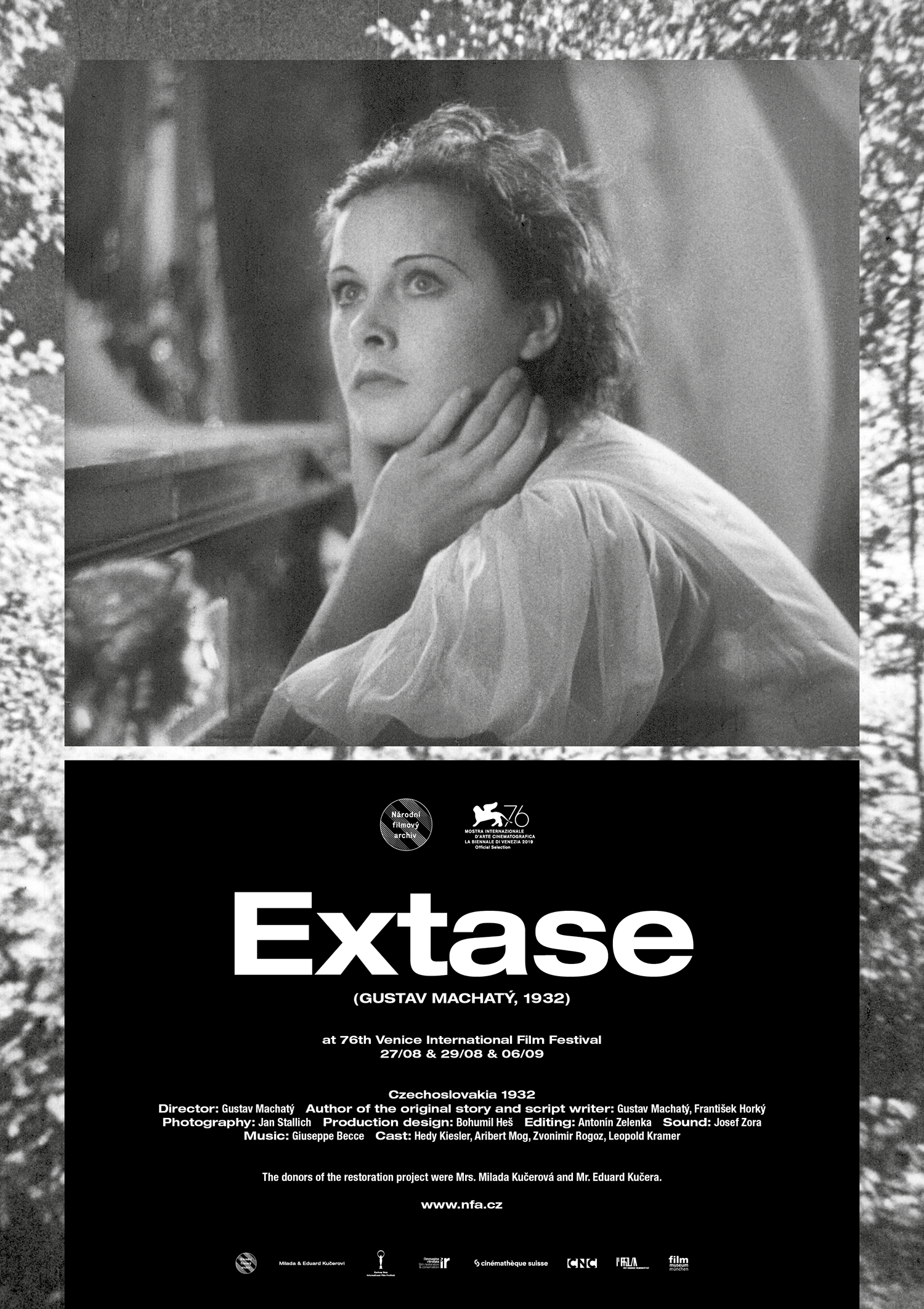