In his fairy-tale comedy adapting traditional motifs from a story by the Czech 19th century writer Božena Němcová, director Hynek Bočan exploits the attractive setting of Hell and its coterie of buffoonish devils. In departure from tradition, these devils are on the side of justice, helping people of pure heart fight evil. Among their protégés is Petr, a young miller, whom they decide to help in his quest for love and riches. Its intelligent humor, catchy songs and the performances of popular actors relishing their roles of comedy devils made the film one of the all-time favorites with Czech audiences in this genre. 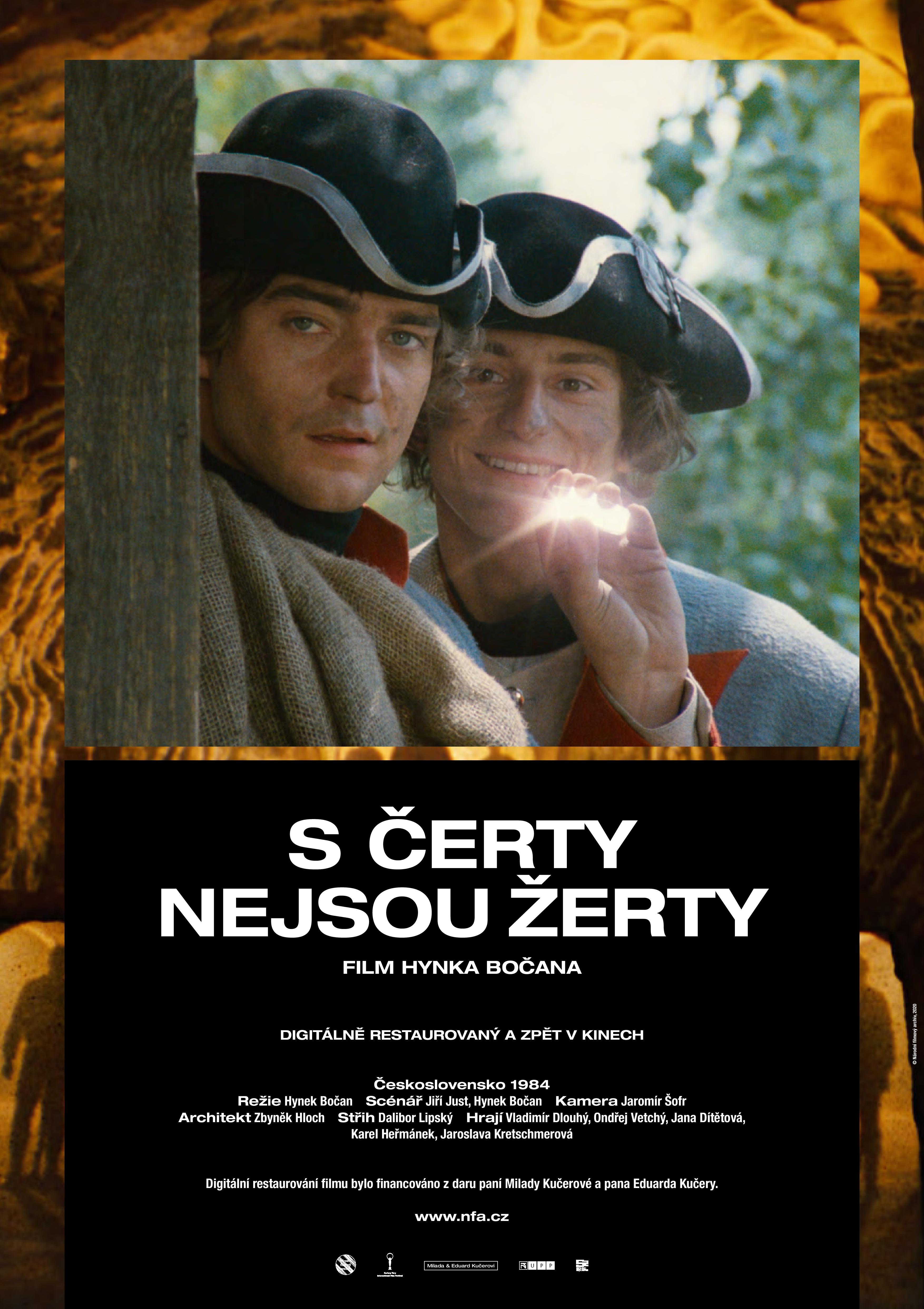