Diamonds of the Night, the debut feature film from the director Jan Němec, is a drama set on the knife edge between life and death. Images of the escape of two mentally and physically exhausted men from a train carrying them to their deaths are interlaced with flashbacks, dreams and hallucinations, which actualise the subjective perception of both protagonists.

When Diamonds of the Night won the Grand Prix at the Mannheim-Heidelberg International Film Festival it became one of the first international successes of the Czechoslovak New Wave. A free adaptation of Darkness Casts No Shadow by Arnošt Lustig, a Holocaust survivor who closely cooperated in the making of the film, it marked the beginning of the career of Jan Němec, one of the most original Czech filmmakers of the 1960s. In Diamonds of the Night, the subject of the Holocaust is glimpsed from an intensively subjective perspective. The director made a number of working edits of the film before settling on a suitable audiovisual form testifying to this extreme existential experience. Němec himself referred to the style of this work, provocative both technically and in terms of the narrative, as “oneiric realism”, which is reflected in the visual composition, as well as the use of minimal dialogue and silence as a dramatic element.

Jan Němec (1936-2016):
Through Diamonds of the Night and his other 1960s films, Jan Němec contributed to the international renown of Czechoslovak cinema. In August 1968 he recorded the first hours of the Soviet occupation of Prague and smuggled the images to the West, where he was subsequently forced to emigrate in 1974, after being blacklisted from working in film. On his return home after the Velvet Revolution in 1989, he resumed his work in a free society which, however, required him to find a new style and approach to audiovisual expression. His work in the digital era is again distinguished by its originality and distinctive style, which was also recognised at the Locarno Festival. 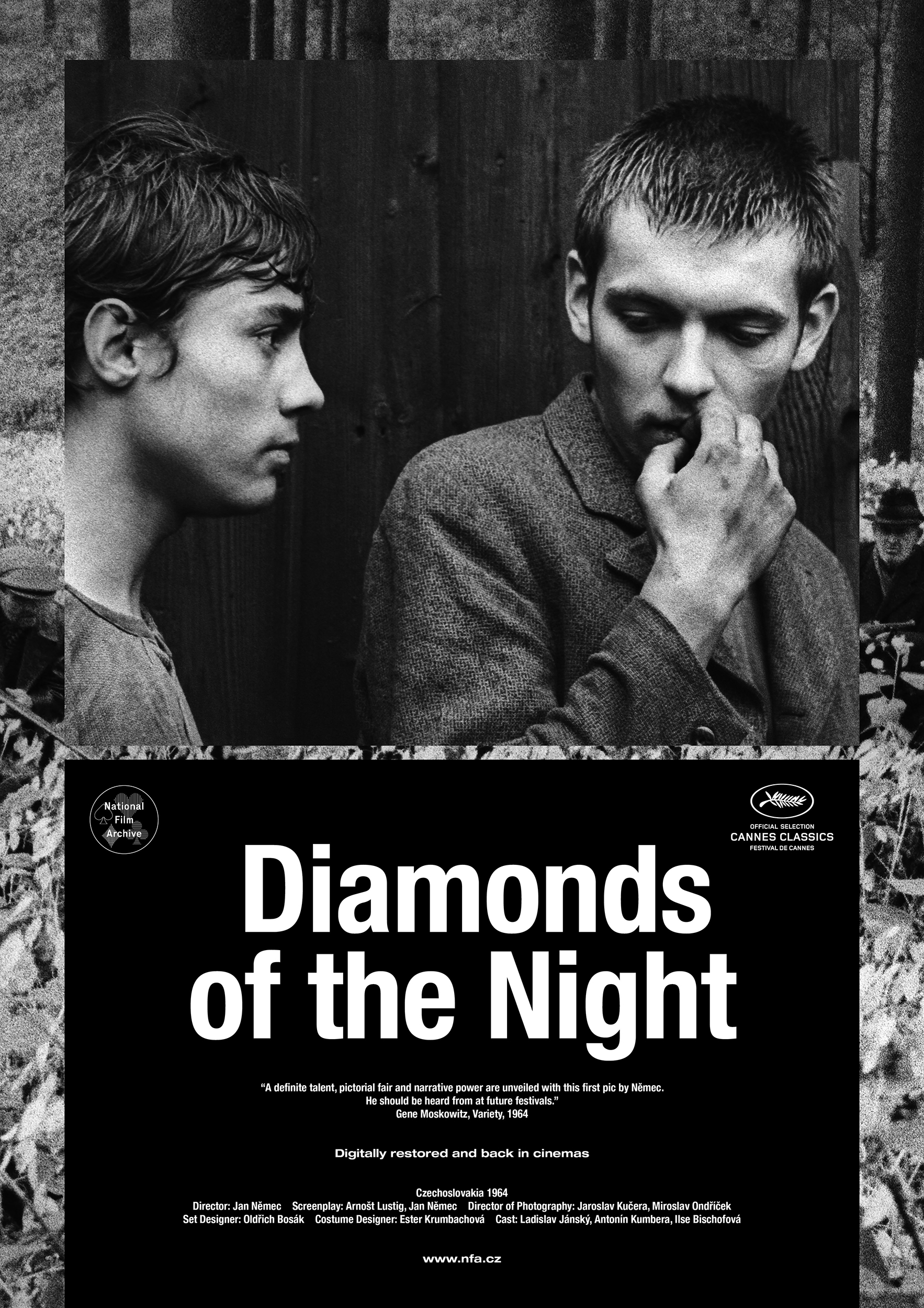