One of the highlights of Vera Chytilová’s filmography is the grotesque moral Daisies (1966). The surrealistic narrative about a pair of young women who decide to be as corrupt as the world around them does not arise from concrete socio-political realities. As a result, the biting account of conformity, petty-bourgeois narrow-mindedness, and the limits of light-heartedness has timeless qualities. Daisies marked the beginning of Chytilová’s collaboration with Ester Krumbachová, who contributed to the eccentric costumes and script. The collage-like visual component then gave a lot of space for experimentation to the cinematographer Jaroslav Kucera. It is still an original gem of Czech cinema of the 1960s, which infuriated the communist officials of the time. 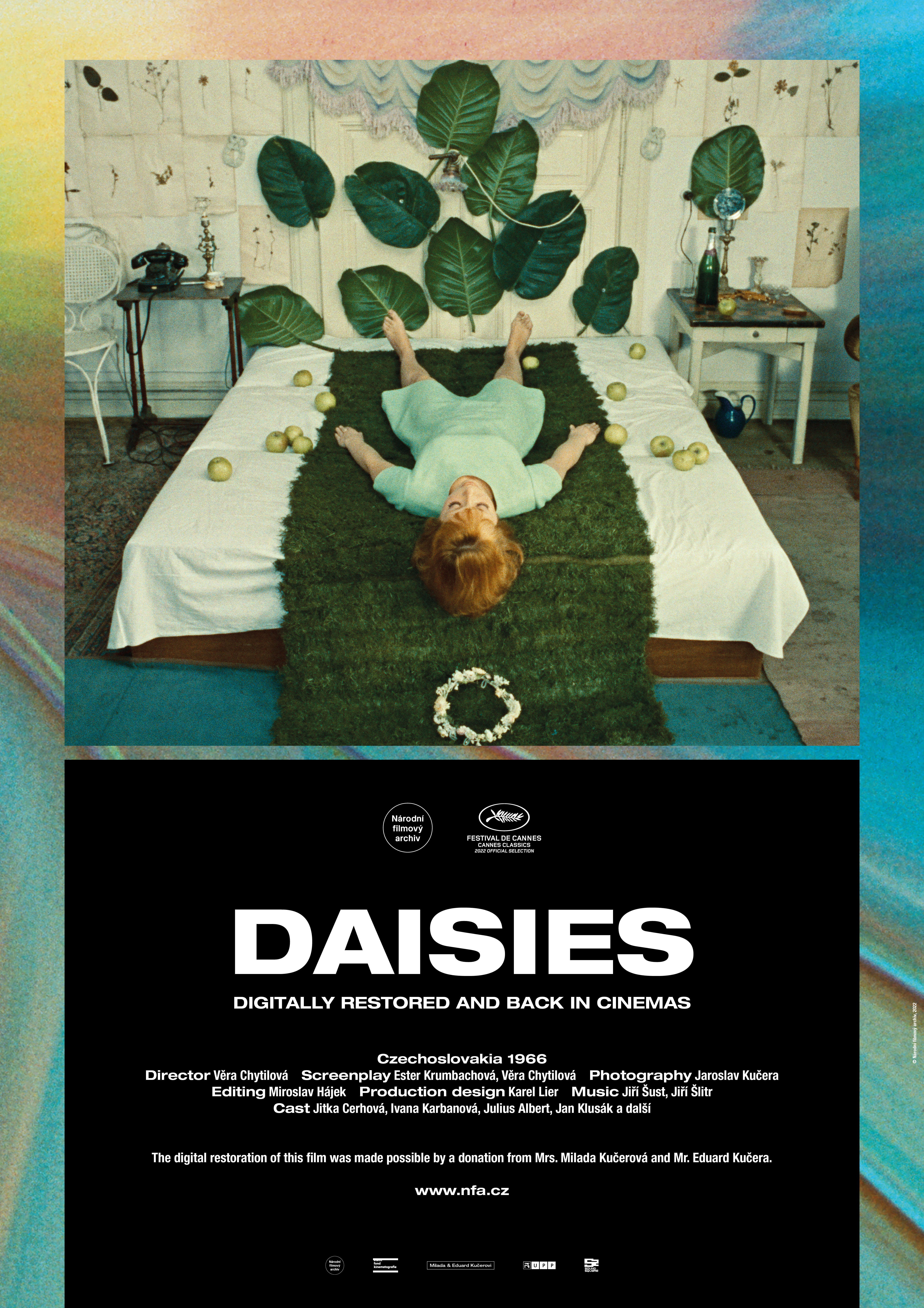